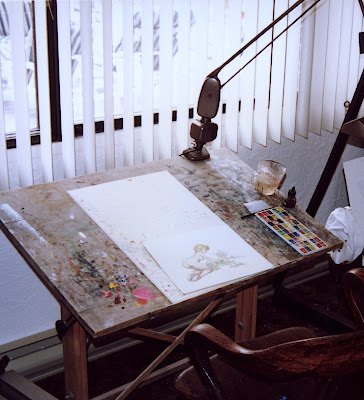 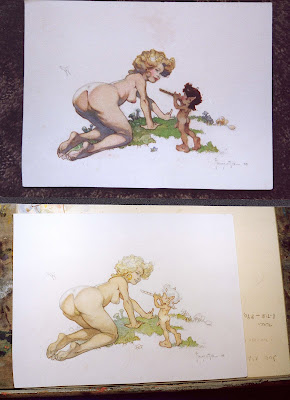 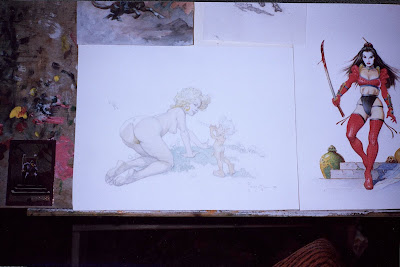 This is actually Frank's last right handed watercolor before getting hit by the strokes. Afterwards he would continue to do some left handed watercolors. And, in fact, many of those were quite exceptional.
I was fortunate to see this last watercolor in three different stages over the course of three visits. The only thing he didn't finish was the little butterfly on the left side. Frank decided that it looked just fine the way it was. He didn't want to take a chance on accidentally screwing it up. After his initial strokes he was prone to a little hand jitteriness. This would lead to little hand spasms that caused him to ruin some coloring attempts. He thought it was best to leave this one alone. The original is now owned by Disney artist Topper Helmers. It is displayed proudly on his CAF Gallery site along with his other Frazetta jewels.
Doc Dave
Posted by DocDave at 6:46 AM