The Argument Against Frazetta 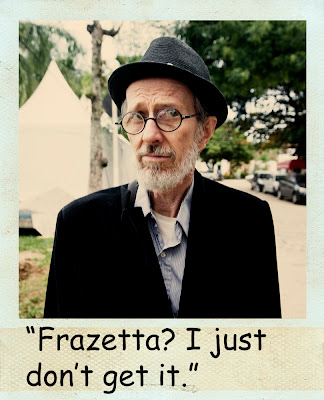 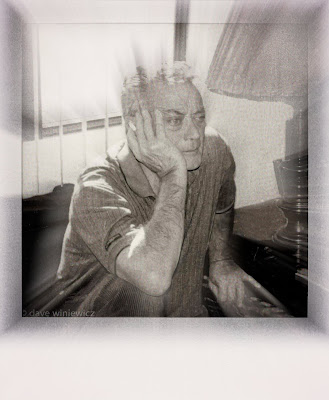 Once I decided to start my web site again I began to get emails from many people who found all these negative essays and combative pronouncements about Frank’s art. Everyone is an expert on the internet (or at least they have convinced themselves that they are) and all these self-appointed art experts dismiss Frazetta as a serious artist. The arguments I’ve heard a thousand times. The opinions are, to be frank, rather puerile and sophomoric. Periodically, this type of weak mindedness needs to be addressed. In addition to all these emails complaining about the anti-Frazetta contingents, I also receive lovely, thoughtful comments that capture the spirit and essence of Frazetta. I received this email from Tony Avacato, a New York based artist, who is a very big admirer of both Frank Frazetta and Robert E. Howard. This is what he said:

“Dave, there is something of the Cinema to his art and something of Memory, too. At the risk of waxing weird, I've always felt that Fritz was re-creating as much as creating his art. There are those certain themes that run rampant through his best work, regardless of those concessions that commerce demanded. Evocative in their unsettling power, the best of what he did -- and by their immortal influence, still do -- suggest an older soul at work. Fritz, though always young-at-heart, was an old soul, and sought through a wealth of dangerous visions, a way to re-connect to those past lives, both real and imagined. That's why his Conan paintings stand supreme among those works of fantasy. They tower above the rest because, like Robert E. Howard, Frazetta knew the intrinsic truth of things. He understood intuitively what all the great philosophers have tried to figure out throughout history. He saw the pageantry of pain and pride and passion that is Life better than most because he had lived it, over and over and over again. A remarkable artist and a remarkable man. I do not think we will see his like again. Be Well, Tony A.”

This is very heartfelt and insightful analysis. It motivated me to think about Frazetta and the type of criticism he receives. If my memory is correct, Robert Crumb copied two of Frazetta's drawings in his sketchbooks. He is quoted as saying that he just didn't get it. He didn't see the point to the subjects. This never surprised me. After all, Crumb and Frazetta occupy opposite places in the universe of art.

Let's play the devil's advocate for a moment. The arguments commonly made against Frazetta fall into the following categories:

Frazetta art is quite trite, trivial and banal.

Frazetta gives no real thought to the human condition and its problems.

I strongly disagree with all these assertions. Let us consider the first two points. In essence the argument is that Frazetta uses age old images of warriors, battle scenes, scenarios of contrived fantasy, and brainless women that are simply sexual stereotypes.

He uses formulaic male power fantasies and softcore titillation to fill his canvases.

The fact is that most human communication of any sort utilizes various types of stereotypes. They are a permanent part of the human condition. This goes back to the dawn of humanity where warriors and hunters are found in cave paintings and petroglyphs. It continues into the writings of Homer, the Bible, Shakespeare, etc. The subject matter includes all the great traditions on this planet, i.e. Judeo-Christian, Asian, Polynesian, African, and more. The visual history of the world contains numerous offshoots of Golems, Grendels, and Beowulfs. Do we all participate in some ancient collective unconscious that feeds us our symbols and metaphors as C. J. Jung would have us believe? Are we saturated with Platonic forms that are pre-born within us? Are we the subject of some type of divine illumination as St. Augustine taught? The great moorish mediaeval thinker Averroes thought the human mind received forms emanating from the cosmos. There are many theories. The mystery of creativity will ALWAYS be a mystery. The known fact is that Frazetta is deeply connected to these ancient ideas and ancient traditions. It is in his blood. Not only that but he has the deepest respect for the ideas of heroism. He grew up visually saturated by these iconic images courtesy of Foster, St. John, Pyle, and many others.

Heroism lives strongly and naturally in his soul. They are ancient memories that he gives new life too. They emerge naturally, not forced, from the cultural formation that makes Frank who he is. He is re-presenting truths to a new age.

Frazetta's art inspires, informs, and transforms us. He shows us the deepest splendors of the human condition: man at his heroic best. Frazetta is not to be faulted for this; he is to be praised. He is that rare being...a truth sayer and a beauty maker. He is a modern day shaman who connects us with the importance of the past. He highlights the continuity of excellence that runs through the human condition.

What about the question of human behavior? Look at the death scene drawing of Kubla Khan. We spoke about it previously. What does it tell us? I think it is profound. The horror of war, the death of a friend; it's all showcased here in a very powerful way. Not many artists could reach this intense level of emotional expression. It is a gift. On the other side of the coin we see Frazetta drawing light hearted cartoons, some funny, some explicitly ribald. Another facet of the human condition is presented. And, importantly, these are always accompanied by a lively sense of beauty. The creation of new beauty is the ultimate justification for any artist. Frazetta has lit up the world with new beauties of every sort. We live in a world that has been visually sculpted by the mind of Frazetta. What more could we possibly ask for in an artist.

We could go on and on, but I think the point has been made. Frazetta is not a childish artist who people grow out of. He is a magisterial creator who people enter and appreciate more and more deeply over time. I have been looking and thinking about Frazetta's art since 1955, a long time. I still am thrilled by it. It is always fun to look at. It is always fresh. There are always new discoveries to be made.