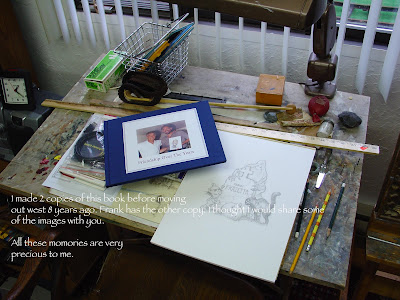 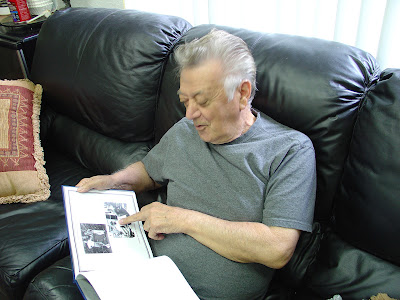 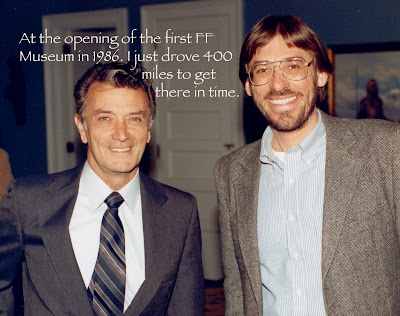 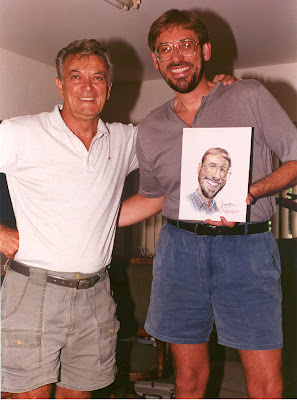 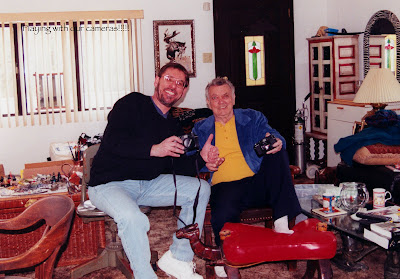 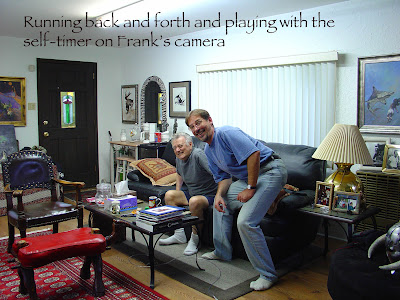 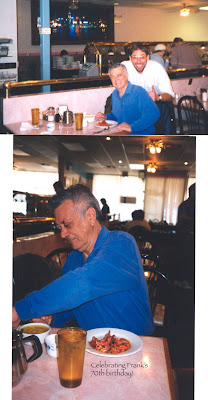 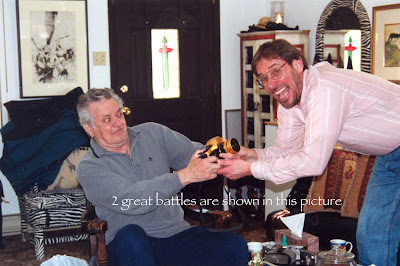 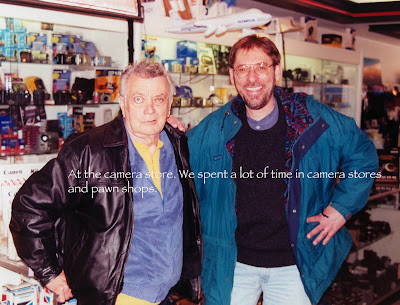 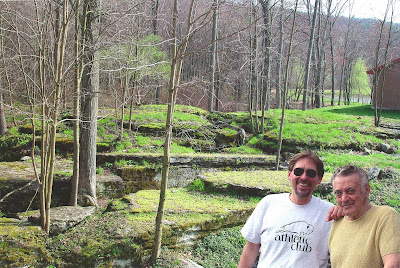 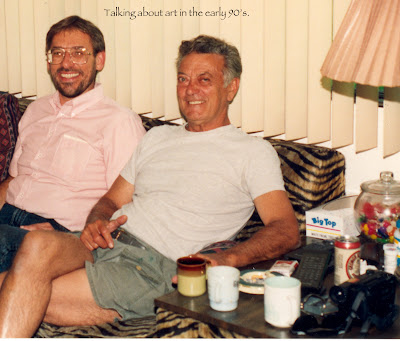 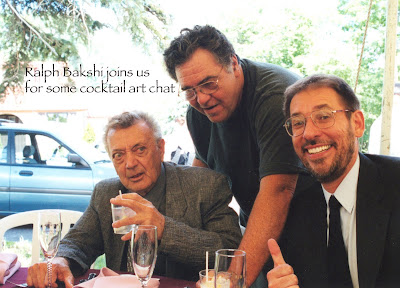 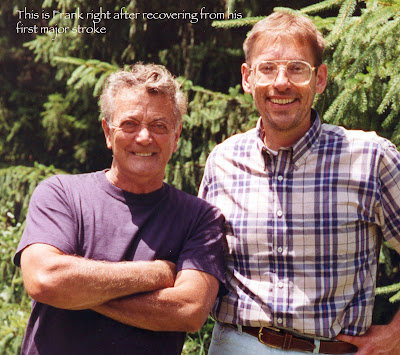 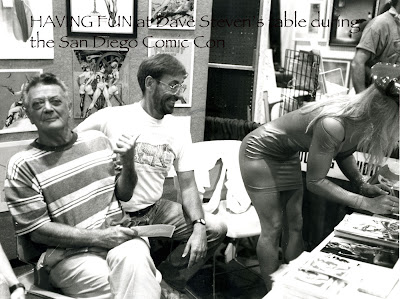 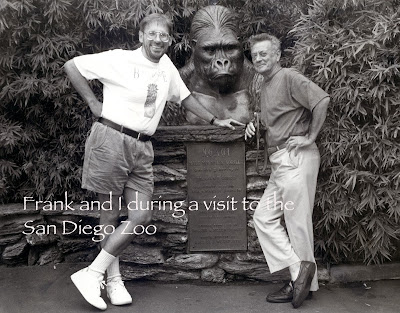 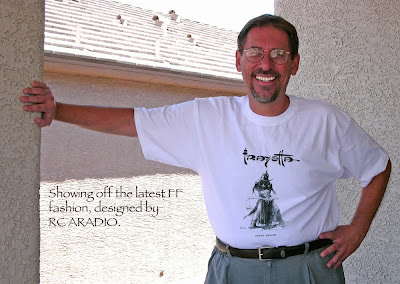 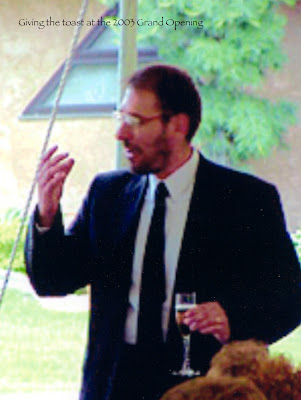 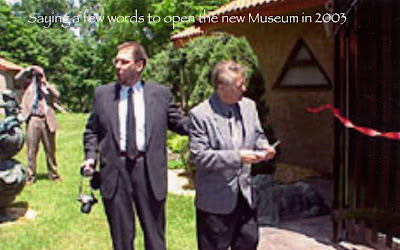 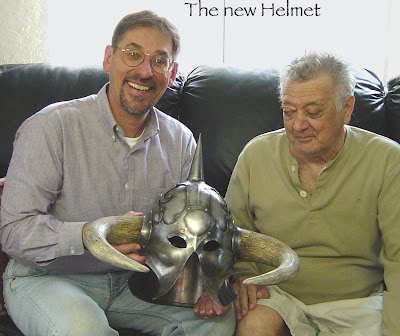 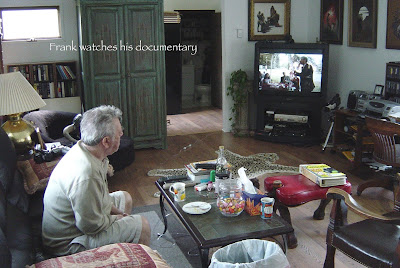 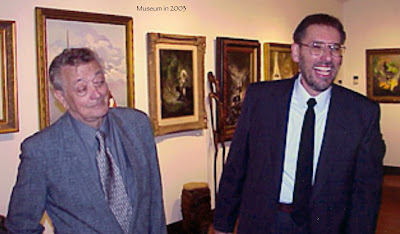 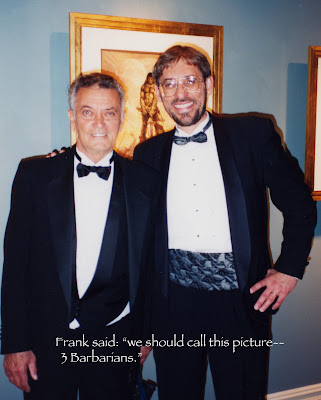 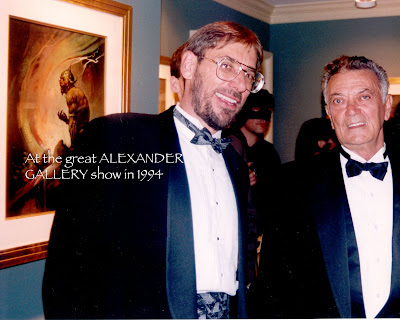 I have been on vacation for the past 3 weeks celebrating my 60th birthday and our 24th wedding anniversary. I returned and learned the news of Frank's final stroke. I was devastated. I began to cry. I got up and started to walk. Frank had died on my 60th birthday. Losing a dear friend is a profound wound to the soul. It requires time and thought for the healing process to prevail or have any impact at all. It will take me a long time to deal with this void in my life. Thousands of memories wash over me. What a complete honor to have known Frank and to have spent so much time with him. Everyone knows about his art achievements over the years. What is even more important is that he was a good man. He was the best father I have ever known. His loyalty defined him. He was a man of deep virtues and strong character. I used the quote from the great Russian writer, Aleksander Solzhenitsyn in my previous post: "When a man dies, a world dies." This is so appropriate for a man like Frank who had vast interests and deeper desires than most men.
I wanted to share some of my personal memories here. I am adding an assortment of photos from a friendship book I put together back in 2003 just before moving out west. Frank was extremely unhappy that I was moving away, but I just couldn't deal with the brutal, body-numbing and soul-destroying winters of Buffalo New York anymore. He understood. I gave him a book that highlighted some of the moments in our friendship.
Here are some other recollections:
My first exposure to Frank was in 1955 while looking at my uncle's comic books. There was an issue of WHITE INDIAN and a FAMOUS FUNNIES cover issue. I never forgot that signature with the distinctive flourishes.
I met Frank at a NY con in 1967 and bought a $25 JOHNNY COMET. I still have it.
Every penny I ever made went to buying art from Russ Cochran or Tony Dispoto. Eventually, I only bought Frazetta. It was a sheer delight going to the big NY cons and hear Russ talk about his trips to see Frank and pick up originals.
I attended the 1977 Frazetta Show. I walked through the door and stopped dead. Seeing all those originals overwhelmed me. It brought a tear to my eye...literally. I knew I was in the presence of something very great. I was perplexed by the power and bewitching strength of this art. I decided then and there that I had to make a conscious effort to really understand this art. I started to think deeply and kept thinking.
I wrote an essay on Frank's art in the late 1970's and sent it to him. He called me back and said that was the best thing he's ever read about his art. He invited me to come down. I did....and the rest is history.
I am making a serious effort to banish the sadness and just celebrate the man's life.
Frazetta lives!
Posted by docdaveat 10:10 AM

Lovely tribute Dave, thanks for sharing these wonderful snapshots of your blessed life together with the master. I dare say you enriched his life as much as he enriched yours.

Dave, I knew you would have something eloquent to say about Frank. I have been asked for my
comments and have not responded to anyone yet.

Physically he became a caricature of himself.

My perspective is a bit different. I was good friends with Frank and Ellie from our first meeting in 1965 when Frank
lived in Merrick, before he moved to Brooklyn. I was a frequent visitor to the Frazetta household, always teeming with
the activity of the four children. I was permitted (by Frank) to sit up with him late at night when he would paint, and
I would just watch. Now I realize how special that experience was, to simply sit there and watch Frank create a
painting, or an arm, or a sword, or whatever.

Then I sold my business to Geppi in 1993 and started workiing for him. I didn't pay much attention to the Frazettas then
and their constant need for money (for the children) led them to Joe and Nadia, who pretty much handled whatever Ellie deigned to sell up until...what?, 2008? So I was out of touch...not completely, but not like I had been...for the last 15 years or so.

So when I remember Frank, I remember the years 1965 through around 1990, and those are happy memories.

I am deeply grateful for your generosity in sharing these glimpses into your friendship with Frank.
Recalling my own reaction to the 1977 show, I was just a teenager then and a struggling art student.I was overwhelmed with joy.
Franks show and meeting Ellie are two highpoints in my life. Regretfully I did not make the trip to the museum,I do still champion Frank's work in my own small way.
Long live Frazetta!