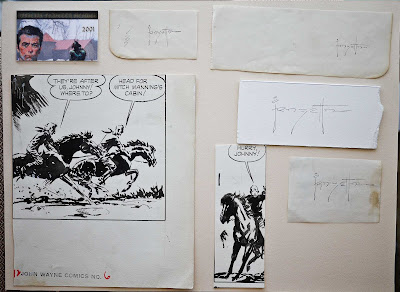 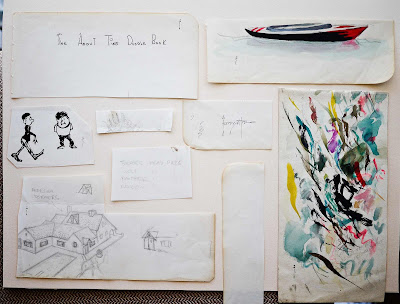 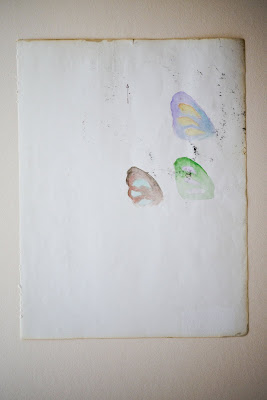 Over the years I have collected a number of Frazetta items that he wanted to throw in the trash. I asked for them and Frank graciously gave them to me and signed or initialed them. He thought I was crazy. I thought I was rescuing little bits of Frazetta history. There are stories about each item that I will leave for another time. What a real loss to art history that Frazetta's sketchbooks were not photographed and preserved. I cannot express to you what a sheer joy it was to sit down with a pile of Frank's sketchbooks and peruse them carefully. At this point ALL of them have been cut up and disassembled and strewn into collections all over the world. It would be an impossible task to reassemble them in their original integrity. For decades I pleaded, I argued, I complained, and I even tried to reason logically with Frank and Ellie about the nature and significance of these sketchbooks. They never listened. They never saw the significance. For Ellie they were just a source of quick cash. For Frank it was just jotting down ideas for projects. There were very few sketch pages that Frank was passionate about. He did remove SHEBA and the EXECUTIONER from the 1954 sketchbook and framed the images for his enjoyment. His favorite rough/study was the study for the MASTER OF ADVENTURE cover, but he sold that too. Frank mentions it in the interview with Russ Cochran in the ERBLOI 3 volume. The sketch sheet contains Frank's "my favorite rough" description written on the original. It's never been published. Ellie started selling these roughs way back in the 1960's when the first wave of book butchering took place. Oh well...
DocDave (c)2010
PS: The card in the upper left corner is Frank's personal membership card from the Frazetta Fan Club started by Frank Junior in 2001.
Note in the cowboy panel upper left how Frank was breaking-in a pen with china white ink. He wanted to see how that ink would look against a black background.
The signatures are trimmings or experiments where Frank was trying out a crow quill pen.
Posted by DocDave at 11:59 AM