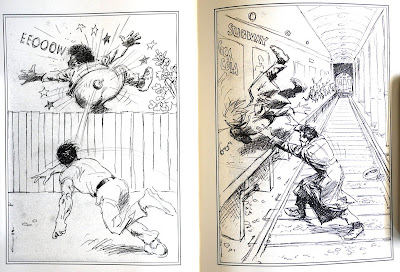 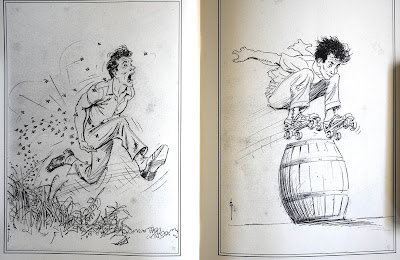 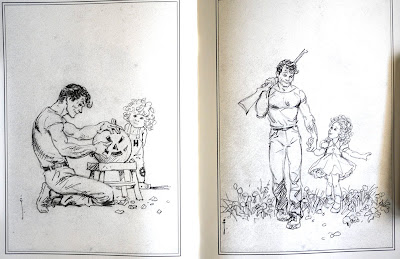 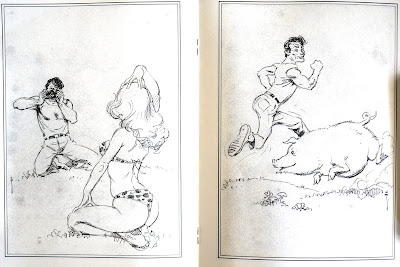 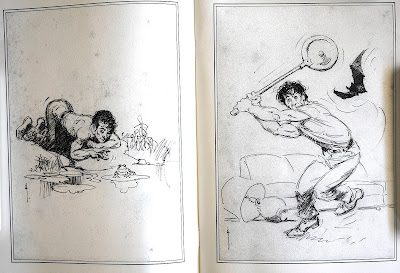 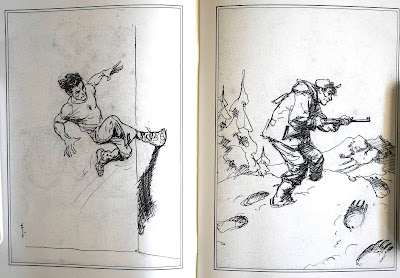 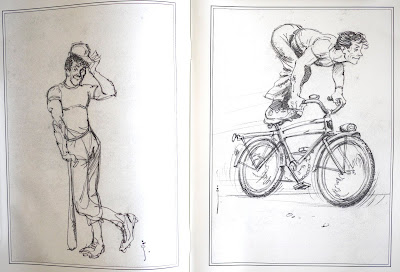 Like everyone else I have always loved Frank's 1962 self-portrait. It just came out of nowhere. He hadn't been painting very much. His job hunting frustrations motivated him to capture this important moment in time. Look at it and you'll see exasperation, anger, strength, and awesome self-confidence. It's all there, and more, open your eyes to all that psychological complexity emerging from that stare.
For a decade I encouraged Frank to do another oil portrait, or even a watercolor. Frank dismissed my entreaties by saying that no one wanted to see him as an old man. Why bother? I couldn't get through to him. I kept bringing up Rembrandt and the extraordinary series of portraits he executed over the course of his life, a monument to the meaning of aging and introspection. No luck.
Many years later I did convince Frank to do a little series of sketches from his life, documenting some of his life-stories in ink. I gave him a small sketchbook and he started. What you have here are most of those sketches where Frank was recapturing some special memories. He did these over the course of two years, infrequently, and when he had the interest.
Shortly thereafter the sketchbook went missing. Ellie was questioning everybody carefully who visited the house. Someone had clearly stolen the sketchbook. She was irate and angry. She went out and bought a large padlock. She gathered together most of Frank's "around- the- house" art and locked everything inside an upstairs bedroom. She was totally paranoid that she was being robbed blind. She made it very uncomfortable for many people with her nonstop accusations. She blamed everybody from friends to workers to family members to relatives. No one escaped her scrutiny and aspersions. It was always uncomfortable when Ellie brought up this topic and kept asking the same accusatory questions over and over. No one was exempt. Everyone was probably guilty.
Well, the story ends with Ellie's death. Guess what? It was in the house all along. She had hidden it so well that she forgot where she hid it. Frank was not surprised at this. He chuckled. Thank God it survived.
Billy Frazetta reproduced these sketches as part of a beautifully produced TRIBUTE packet handed-out to guests at Frank's private memorial. He included an outstanding full-size litho of Frank's 1962 self-portrait. Rob Pistella was kind enough to send me a set.
DocDave Winiewicz (c)2011
Posted by DocDave at 11:57 AM