An Interesting Day With Frazetta 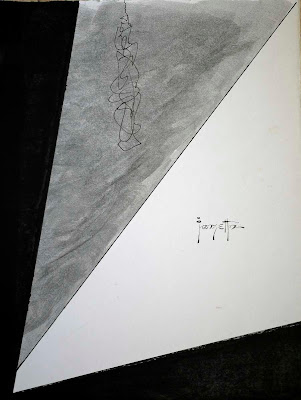 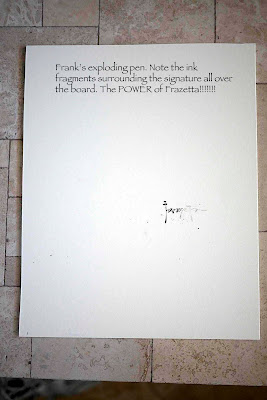 A great story Dave! Keep em coming, they are golden memories for you and buried treasure for the rest of us!
-Jeff Preston

I agree, very nice story. Franks relationship with his wife reminds me of so many strong older couples, and a little of mine with my wife.

She's usually the one that kicks butt around the house, and I have to tread carefully sometimes. Very fun and interesting. So you may be in possession of the only original signed abstract Frazetta :)

I like it. The story was great and the image is actually very interesting...there's this odd feeling of imbalance to me with it...almost a caught in the middle feeling but the unknown seems to be coming in at an odd tempo. The scribble has a great energy to it and almost feels like it's descending.

Frank would laugh at my impression of it I think....hahaha

more stories would be great Dave...these really make this world come alive for those of us who never had an opportunity to meet the man.

The abstract drawing itself is nothing...it's drivel. I do agree with your contention in "A Phone Call Concerning Frazetta" that he was a superb pen and ink artist, in fact that's where he was at his best. I found that in his oil illustrations, he would sometimes slough off on the underlying drawing, getting by with bravura brushwork and--yes--abstract passages of color that appear as turbulent cloudy vortexes. He couldn't get away with that in his drawings, and he had to rely on pure draughtsmanship and masterful technique with the brush and pen, (and pencil, in his later published drawings).